Thought I would provide a little education /explanation of the surgery Noah had. It’s a little difficult to explain, but here I go! Noah has velopharyngeal dysfunction, which is common in people with 22q11.2 deletion syndrome. It means that his soft palate muscles (velum) and the muscles of the back of his throat (posterior pharyngeal wall) are not moving and closing up correctly. When he was a baby, this caused liquid to get in his nose A LOT. It caused aspiration, as well. Now it causes him to sound very nasal and makes his speech hard to understand. It is also tiring to speak this way all day long, it requires more air and it is an inefficient use of air. It could cause vocal nodules down the line.

His surgery is called a posterior pharyngeal flap placement. They will use tissue in his throat to form a new connection between the velum and the posterior pharyngeal wall, which will pull everything together and allow for appropriate closure and separation of oral and nasal cavities. Air used for speech will go out his mouth instead of up through his nose.

He will hurt a lot, in the beginning, and swallowing will be very painful for a few days. But we should hear an improvement in his speech in just a few days, and it will get better over time as he learns this new, better way to talk!

This is one of the less technical articles I have read, and I thought I would share it.

*Update* 3 weeks and 2 days later, Noah is cleared for a normal diet again. His articulation is getting better all the time. He still doesn’t quite know how to love the air in his mouth correctly, I still hear him trying to push air into his nose when he talks. The stitches have dissolved and he’s running around, back to our happy and affectionate little dude.

Here he is, enjoying his first crunchy foods in days. (He chomped the Dum-Dum lollipop before I was able to take a picture.) 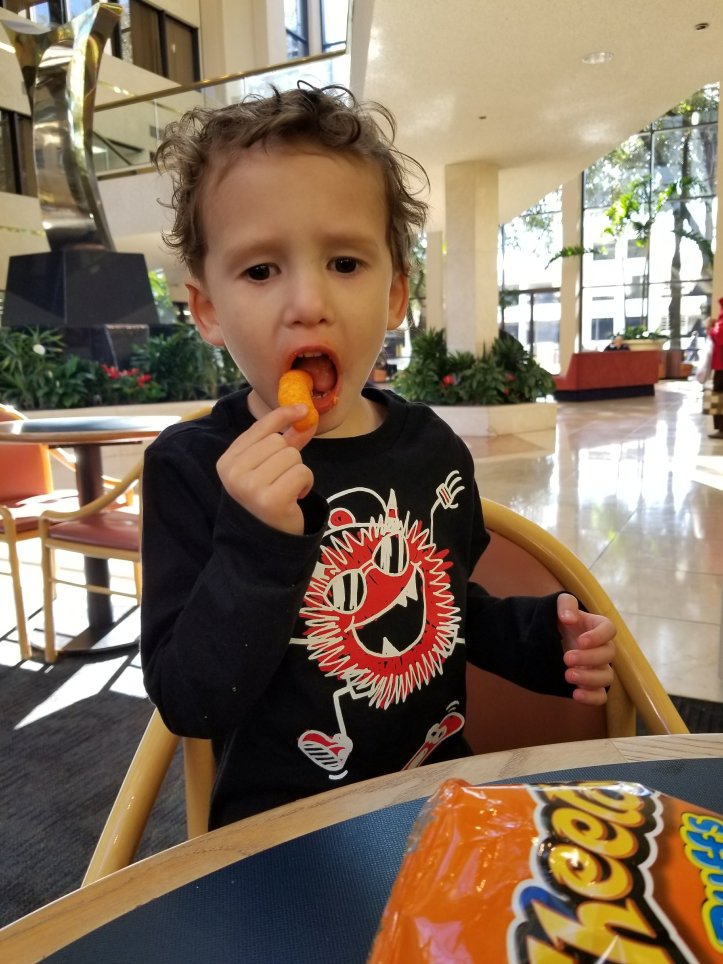 Welcome to my blog!

It is my desire to encourage you through my experiences with my children, ADHD, and 22q.  In all of this craziness God leads me through it with a whole lot of grace.